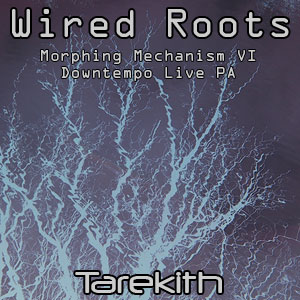 I’ve also posted YouTube videos of the set being performed live, along with comments describing what I’m doing as I perform it:

Also, for those of you with an Elektron Machinedrum or Monomachine (or people who just like really short samples), you can download the sysex and samples used in this set (included the songs I didn’t include in this performance), along with details on how to install them:

Well, after months of work, I finally got the first demo of the set recorded at long last.  I have to admit, trial runs of the set had me wondering if perhaps I had decided to do too much this time.  The plan was to start off kind of chill and flowy, go into a middle section that was darker and more ‘minor’ sounding, and then end the last third of the set on a stronger note with more positive tunes.  After a couple of run throughs of the set to get used to everything and try different camera angles, it just seemed like the middle section of the live set was too different from everything else, so I regretfully decided to remove those songs and save them for a later date.

While this was a sizeable portion of the set I originally planned, I think ultimately everything worked out for the best as a result.  That, combined with trimming the original 16 patterns down to 14 before I even started recording, means the set is only 31 minutes long.  While frustrating initially, one of the things I’ve learned over the years is that sometimes you start hitting a point of diminishing returns.  So going back and trying to write more material was honestly not going to improve things all that much at this point.  Sometimes you just need to use what you have, and then move on.

So, I’m really happy with how it all turned out, and now I can move on to my next big project.  More about that later though.  🙂